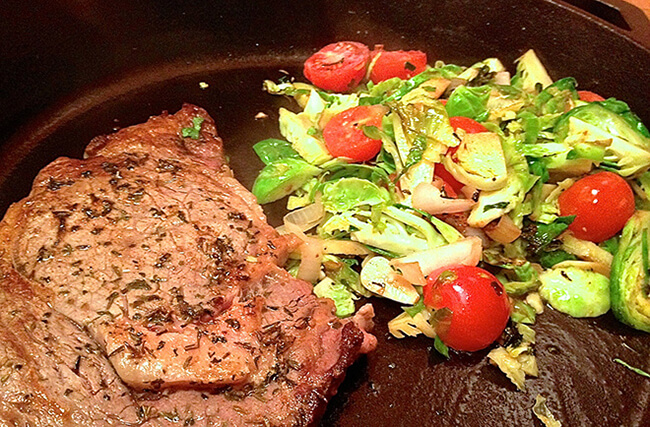 The other day my better half brought home a cast iron pan. I always loved the idea of using a cast iron pan but honestly had never used one before as I thought they would be too hard to clean and just too heavy to use.

The beauty of it is that it will last you forever and it is a great conductor of heat so you get even cooking throughout the use of the pan.

So last night, I decided to use the pan, it was cold, rainy and I was craving some protein. My better half was going to be working late and was not going to be home for dinner, so on the way home I stopped by the butcher and picked up a small rib eye steak (about 6 ounces) and then ran into our green market and grabbed some Brussels sprouts, shallots, small plum tomatoes and cilantro.

Once in the kitchen, there I was, staring at my new and rather large cast iron pan sitting on my stove top for a good 5 minutes trying to figure out the best way to use this heavy pan to my advantage. Then it dawned on me, why not use the size and the constant heat factor of this pan to my advantage and try to cook my whole dinner in the same pan. 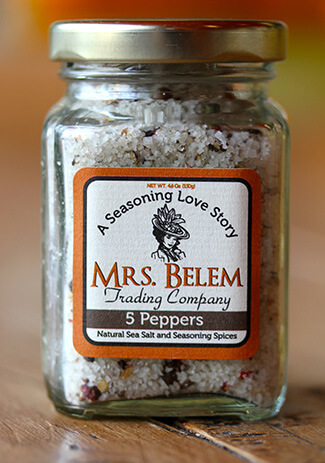 As the pan was heating up (with a light coat of olive oil), I started chopping and slicing the Brussels sprouts (I used about 5), next, I finely sliced the shallots, took 4 plum tomatoes and cut them in half and then roughly chopped the cilantro, when that was all finished I set those aside so I could start prepping my steak.

I sprinkled both sides of the rib eye with Mrs Belem 5 Peppers Blend just enough to get the flavors in but not too much as I knew I wanted to add a bit more after the steak was cooked before serving.

Once the pan was hot, I pan seared both sides of my steak on one side of the pan until both sides were marked with that nice brown color you get from the meat caramelizing- about 3 minutes on each side (I like my steaks medium rare). I removed the steak from the pan and left it to rest on my cutting board. 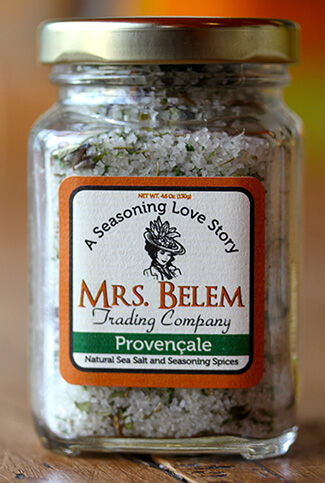 On the other side of the pan, I dropped in the sliced Brussels sprouts, chopped shallots and tomatoes and sauteed those until they browned a bit and then I added the chopped cilantro and a sprinkle of Mrs Belem Provençal Blend.

After about 5 or 6 minutes, I returned the steak to the other side of the pan, next to my veggies to continue cooking my steak. Because I like my steak on the rare side, it took an extra 5 minutes to cook. When cooking both items together, I reduced the heat to medium to make sure I was not burning anything in the pan.

Once plated and ready to eat, I had a quick bite and decided I wanted to add a tiny sprinkle of the 5 Peppers Blend to seal in all the flavors. (This final step may not be not be necessary, but you always have the option to do so.)

This was a simple one-pan meal. If you have a cast iron pan, give it a try, if not, then simply use a grill pan for your steak and a small sautée pan for your veggies. 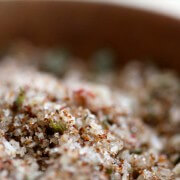 Want to join the discussion?
Feel free to contribute!

Featured on Retailmenot.com
Scroll to top